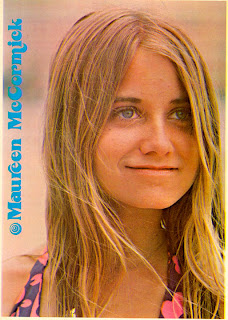 The actress who played Marcia Brady on the classic television sitcom "The Brady Bunch" is revealing some serious issues from her past. Maureen McCormick told People magazine that she used to snort cocaine and suffer from bulimia. McCormick, 50, said that the eating disorder came first, when she went back to public school when she was 17. Then a boyfriend introduced her to cocaine. McCormick said it became clear she has an "addictive personality." After several relapses, McCormick said she cleaned up through therapy and faith. (original article)
Posted by Some Guy on 3/24/2007

I am so glad I got to be the first to say it.

Man, do we need another Brady reunion or what??

I always wanted to see her naked. Does that make me a bad person?

Well, I STILL love her..

What?! An attractive celebrity...using cocaine...in the 70's! I haven't read the original article, but I hope that it also reports that the sky was blue and that the sun set in the west.

...and Robert Reed introduced her to how to pick up dudes.

Do you think she did her lines on the set? In that one bathroom all six kids had to share?

She looks totally wasted in that pic, by the way. She's feelin' NO pain, for sure.

Maybe that's why her nose was fucked up in the episode where the football hit her in the face...