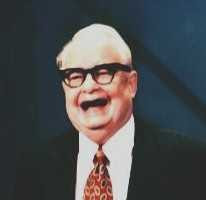 I was so bummed last night when I heard! He was the greatest.

I didn't know until I read the NYT obit this morning that NBC wouldn't let Letterman use the Larry "Bud" Melman name when he moved to CBS. Like they were going to resurrect the character on Conan O'Brien's show or something?

So sad. So very sad.

Yes, this is a bummer. So many laughs when I was a kid.

Johnny - I'm pretty sure NBC wouldn't let Letterman use the name, World's Most Dangerous Band either.

The NNDB bio on him was a bit of a sad read, so many funny people seem to come from sad lives.

He was just so DAMN sexy. I have his poster on my bedroom ceiling. Over my bed.