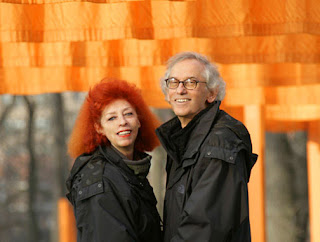 June 13, 1935 – November 18, 2009
I became a fan of Christo and Jeanne-Claude through the wonderful series of documentaries by Albert Maysles. Their artwork, which has included the recent Central Park "Gates" is often controversial and sometimes confusing to people. With so many people in need in the world, why spend all that time, money, and effort on artwork that will be gone after a few weeks? Many question whether it is art at all. Well, I think it is art and it does have value. I think, like it or not, it gets people thinking. I like it when people try things no one else has tried, especially when it's stuff that no one thinks is possible. Plus, I think their projects are beautiful. Hell, even if you don't like it, it won't be around very long. Some of my favorites include: 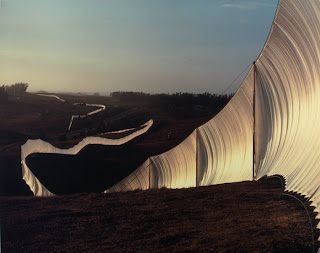 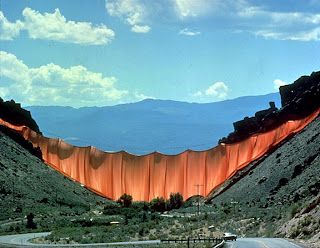 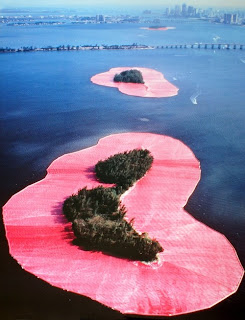 I saw the Gates thing when I was still living in Manhattan. I remember everyone wandering around the park in a sea of orange, looking confused, but it was actually very stunning to look at!

awwwww - I'm saddened to hear the news. I think Christo & Jean-Claude's work is not only beautiful, but historically important to the evolution of installation art. They were pioneers in environmental installation, and the sheer scale of their projects was remarkable.

My favorites are Wrapped Reichstag and Umbrellas.

I saw the Umbrellas here in California, and it was very cool. It seems like most everyone I know has some kind of story about them... getting engaged under one, breaking up under one, what ever. I'm certain there must be at least one person walking around that was conceived under one of the giant umbrellas.